The Dangers of Uric Acid and How to Avoid Them 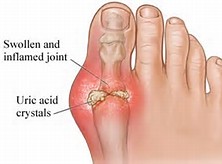 If too there is too much uric acid in the body, the body goes into a state called hyperuricemia. A variety of conditions can develop as a result, like metabolic acidosis, lead poisoning, diabetes, leukemia, gout, kidney disease, renal failure and toxemia (if the person is pregnant, alcoholic or is undergoing chemotherapy).

Gout is by the far the most common side effect of high uric acid levels, and it’s also the most painful. The more animal protein the person eats, the more uric acid is produced due to protein digestion. When the high levels of uric acid in the blood aren’t lowered by the kidneys, crystals can form in the tender tissues underneath the skin, causing pain, inflammation and swelling which is called gouty arthritis.

Gout is actually more common in men, but women and teenagers can also get it if they overdo the animal protein.

Cutting back on seafood and meat is a good idea if you are either prone to or have gout. They are rich in purines, and are broken down into uric acid. Keep meat and seafood down to a minimum even when you’re body isn’t flaring up. 100-150 grams is recommended per day if you eat it.

Herring is worth avoiding all together. Tuna, too, and anchovies. Shrimp, lobster, eels and crab are relatively OK.

Beer really isn’t a great idea for people who have gout. It increases uric acid levels and makes it more difficult for your body to get rid of it. Wine is better, but heavy drinking is not a great idea in general. During a flare up, most doctors recommend you don’t drink at all!

White meat is better than red meat, but the occasional indulgence is OK. Choose beef or pork instead of turkey or lamb if you must eat meat once in a while. Lamb chops are better than leg meats.

Turkey and goose contain a lot of purines, and people with gout should keep game and these foods out of their diet.

Chicken and duck are the safest choices, but don’t eat the breast. Just stick to the leg.

All fizzy drinks should be minimised when you have gout, as they stimulate the body to produce more uric acid. A study was done on men that have gout and it was found that their gout worsened considerably. 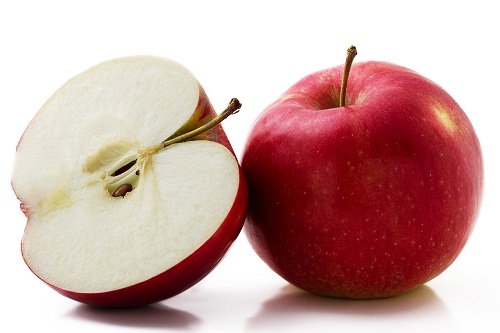 Apples can help manage gout symptoms when eaten in moderation. Apples contain compounds that help treat it, and others that may worsen the condition when eaten to excess. Two to four servings of fruit each day is the recommended amount. So 1 cupful of sliced or chopped apple, a glass of juice or 1/2 a cupful of dried apples is one serving. Too much fructose can raise uric acid levels.

A low purine diet can include artichokes, so steam, saute or boil them and enjoy them when they’re in season.

Another great vegetable for gout is the humble onion. Try adding more of them to your meals, making onion soups or onion tea. They are also great for your skin and digestive system.

Experts say that eating 10-12 cherries per day can reduce the risk of getting a gout attack. Great news, isn’t it? Unless you really don’t like cherries, you should be buying them on a regular basis if you want to avoid gout attacks. They contain powerful compounds like anthocyanins and bioflavonoids, which fight inflammation and lower uric acid levels by around 15%. 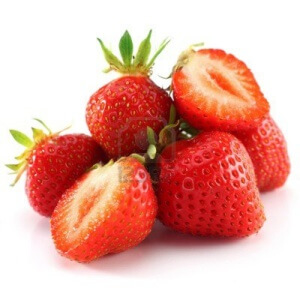 The strawberry provides an excellent source of vitamin C, which is thought to play a key role in minimising the risk of gout attacks. When eaten in moderate quantities, once again, strawberries are good for gout. However, don’t eat more than a cupful, or you might be encouraging the nasty symptoms associated with gout.

Make sure you don’t overdo the fruit. Choose one fruit from the list and experiment with it for one month, making sure the portion sizes are correct. Look up some tasty vegetarian recipes, and reduce the amount of meat you eat, and you should find your gout symptoms improve and attacks aren’t as severe. 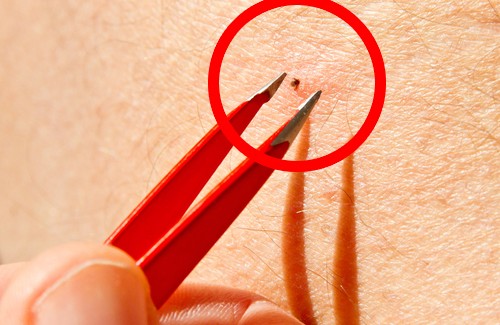 Curiosities
Ticks and the Diseases They Cause

It’s a common misconception that ticks only pose a health risk to animals. Though they are most often found on pets, ticks are a danger to humans too. Ticks are a parasite that transmit infections through the bloodstream. They thrive…

Dread the sounds of birds chirping and alarms ringing? If you have trouble waking up early, morning can seem like a mortal enemy…but there are positives. It may not seem that way from the warm side of a duvet, but…

It seems that more and more people are having trouble sleeping. The modern world and our current lifestyles bring with them stress, personal problems, technology and poor nutrition. All of these can disrupt our normal sleep pattern and leave us exhausted for most… 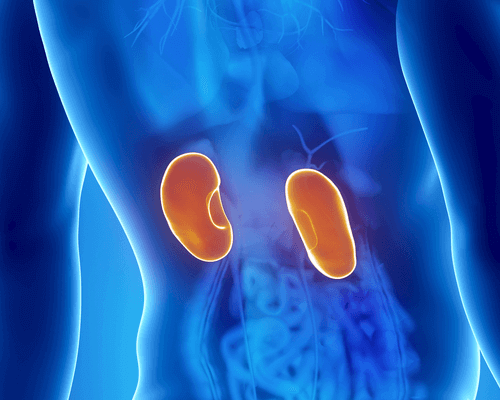 Many people don’t realise they have kidney problems until the kidney disease becomes chronic. The early signs and symptoms can be very subtle, and easily go unnoticed. Knowledge is power, so let’s empower ourselves with the knowledge needed to avoid…